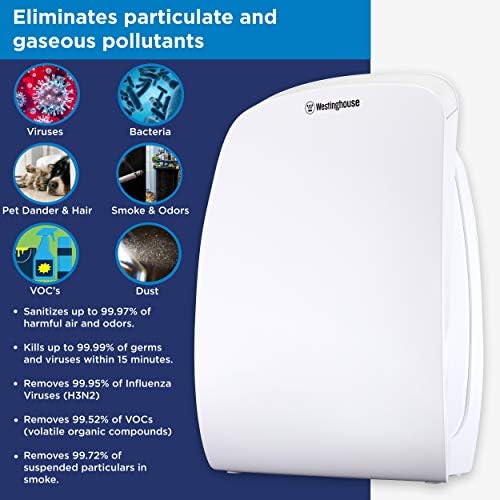 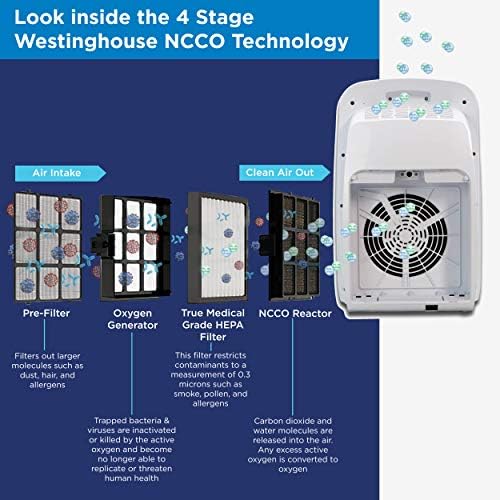 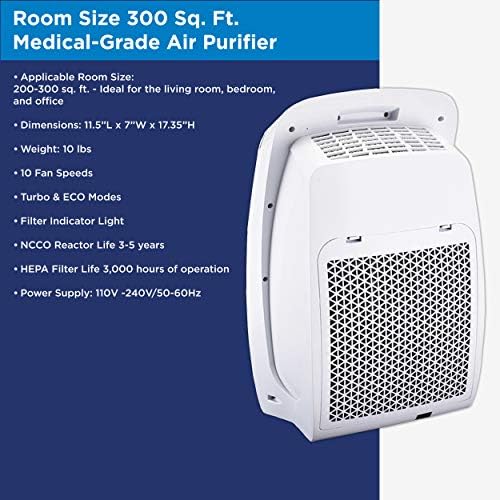 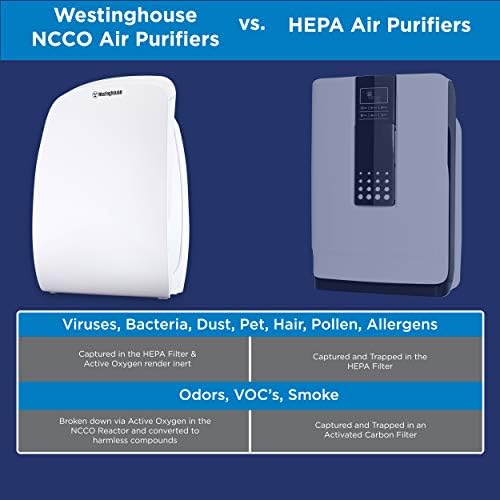 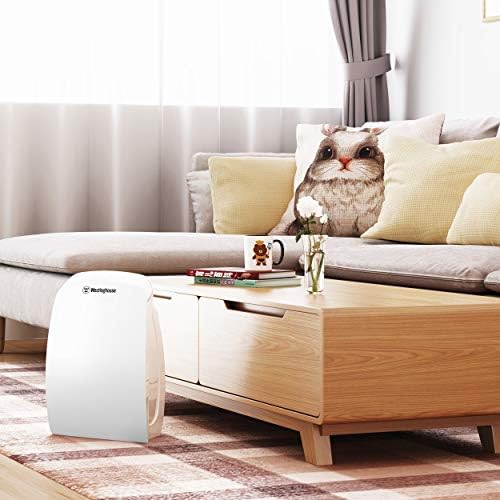 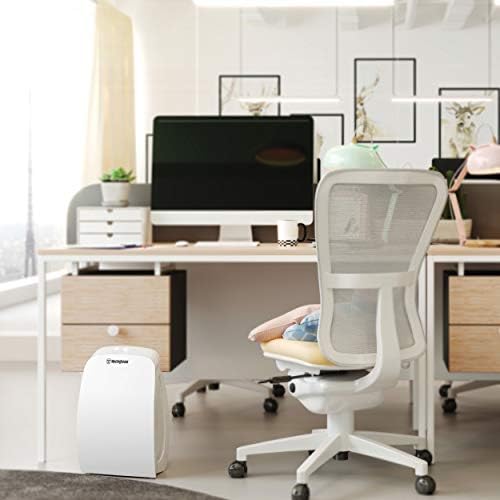 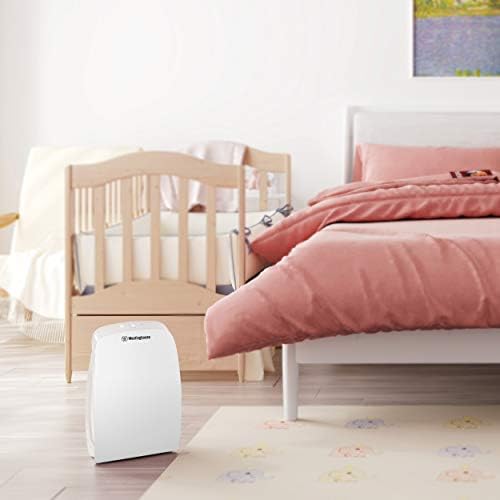 Keep Standards You Can Trust

The Westinghouse NCCO Air Purifier meets the strictest safety standards to provide the cleanest air. Our purifier is EPA compliant and complies with the electrical safety and ozone requirements specified by CARB (California Air Resources Board).

Get medical-grade air purification in your home and office

Filters 99.97% of allergens and particulate pollution down to 0.3 micron

A true HEPA filter captures 99.97% of allergens and pollutants such as pollen, dust, and pet dander as small as 0.3 microns.

Designed for every pet household, a pre-filter captures 99.97% of larger particulars such as pet hair and dander so you and your pets can breathe easier.

Kills Bacteria and Viruses in 15 Minutes

4 stages of purification protect you and your family from a range bacteria, germs and viruses by removing 99.95% of influenza viruses (H3N2) and 99.99% germs within 15 minutes.

The NCCO Reactor oxidizes and removes 99.52% of harmful material including Volatile Organic Compounds (VOC’s) like paint, cleaners, and aerosols, as well as 99.72% of particulates in smoke from cigarettes and cooking.

Pre-Filter – Filters out larger molecules such as dust, hair, and allergensOxygen Generator – Trapped bacteria & viruses are inactivated or killed by the active oxygen and become no longer able to replicate or threaten human healthTrue Medical Grade HEPA Filter – This filter restricts contaminants to a measurement of 0.3 microns such as smoke, pollen, and allergensNCCO Reactor – Carbon dioxide and water molecules are released into the air. Any excess active oxygen is converted to oxygen

NCCO TECHNOLOGY: The patented NCCO technology (Nano Confined Catalytic Oxidation) uses active oxygen to sanitize, kill, and remove harmful pollutants by decomposing the harmful material from the air into harmless compounds like carbon dioxide and water molecules
KILLS BACTERIA AND VIRUSES: The air purifier system sanitizes up to 99.97% of harmful air, kills up to 99.99% of bacteria and viruses, and removes 99.72% of suspended particulates in smoke
4-STAGE PURIFICATION: Cleans the air safely through an effective and powerful 4-stage system as the Pre-filter, Oxygen Generator, True HEPA filter, and the NCCO Reactor purifies the air
MEDICAL GRADE TRUE HEPA FILTER: The H13 medical grade True HEPA filters 99.97 of airborne pollutants, dust, pollen, and other allergens as small as 0.3 microns. The usual HEPA filters can last up to 3,000 hours (3-4 months) of use. The filter indicator will provide an alert when the filter needs to be changed
SUITABLE FOR MEDIUM TO LARGE ROOMS: The Westinghouse air purifier is ideal for a medium to large size room, approximately 300 sq. ft, like your bedroom, kitchen, office

Added to wishlistRemoved from wishlist 0
Add to compare
$219.99