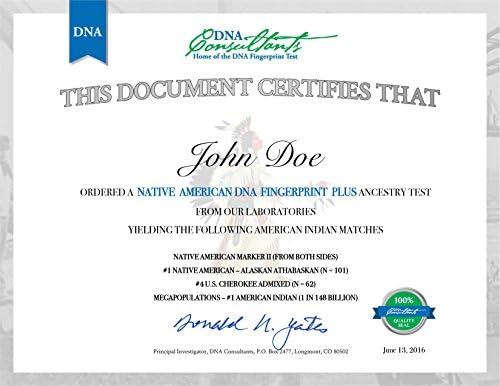 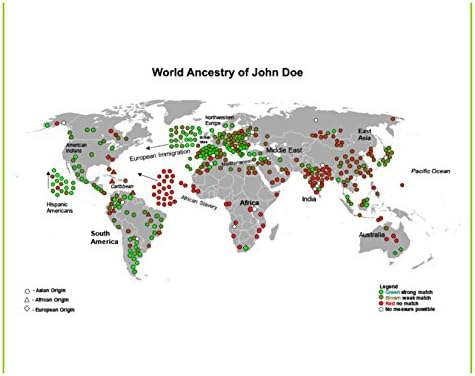 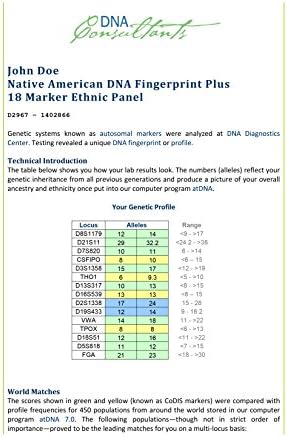 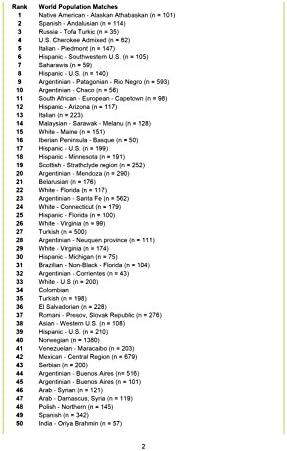 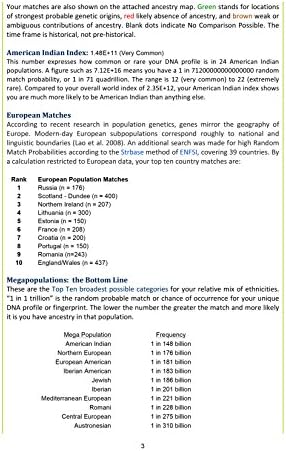 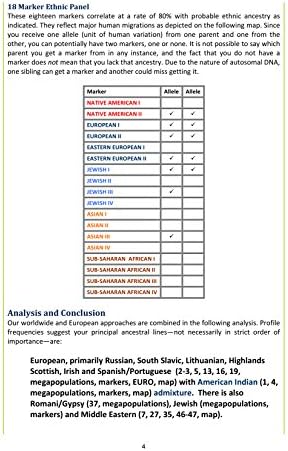 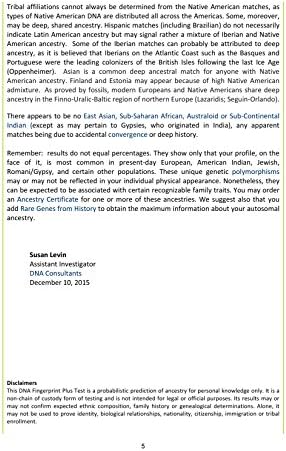 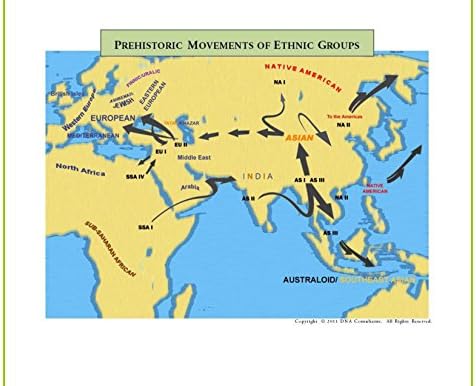 This is the Native American version of our exclusive, best-selling DNA Fingerprint Test. It examines all your ancestral lines at once, Native and non-Native, including European ancestry, to tell you which countries and ethnic groups your ancestors came from. The Native American tribes and population matches, markers and metapopulation frequency index confirm, according the data we use, which is the most complete among all companies: –What Indian tribes you have the most affinity with –Which Native American markers you have and how many of them, plus whether you got Native American markers from one parent or both –How common or rare your DNA profile is in American Indians The test and ethnic panel also detail any European, Middle Eastern, African or Asian ancestry. You receive your top matches from different European countries or parts of countries, as well. IMPORTANT: Anyone (male or female) can take this test Once completed you get by email within two weeks after your sample arrives at the lab:
– Your personal, unique DNA Fingerprint according to state-of-the-art laboratory testing

Open-ended customer service to answer all your questions about your results, M-F 10am-6pm Mountain Time. Free susbscription to DNA Communities discussion boards where you can share your results with others, including the Native American, Cherokee and Hispanic forums.

Autosomal DNA test is non sex linked so anyone can take this test
Detailed matches to over 60 tribes in North and South America, plus all the rest of your ancestry, including a separate breakout report for countries of Europe
Easy to use swab kit.
Ideal for exploring your genetic roots to 60 different Native American Tribes including Cherokee, Navajo, California Indians, Canadian Aboriginals, Apache, Chippewa, Lumbee, Mexican Indian groups and othersand many more)